State Assemblywoman Aravella Simotas tweeted a photo of herself seated at a table with Congresswoman Carolyn Maloney and Queens Borough President Melinda Katz at George’s, the restaurant that replaced or reconceptualized the Astor Room at Kaufman Astoria Studios, and wrote above it, “The Power Table.” This tweet, posted Friday afternoon, is the first to be linked to the address under the name George’s. Also, the photo shows what George’s looks like. 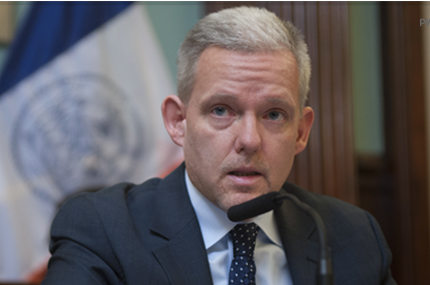 The Astoria Post reports that City Councilman Costa Constantinides is probably eyeing the Queens borough president seat for 2021 when Melinda Katz vacates. Constantinides, who is serving his final term as council-member, held a fundraiser with a maximum donation of $3,850, the top limit allowed for borough president. A flyer for the fundraiser reads, “I hope I can count on you as we expand upon our legacy and fight for higher office after my current term ends.” If true, this makes the second city council member from Western Queens eying the beep race. It was revealed in February that Councilman Jimmy Van Bramer formed a Queens Borough President exploratory committee. 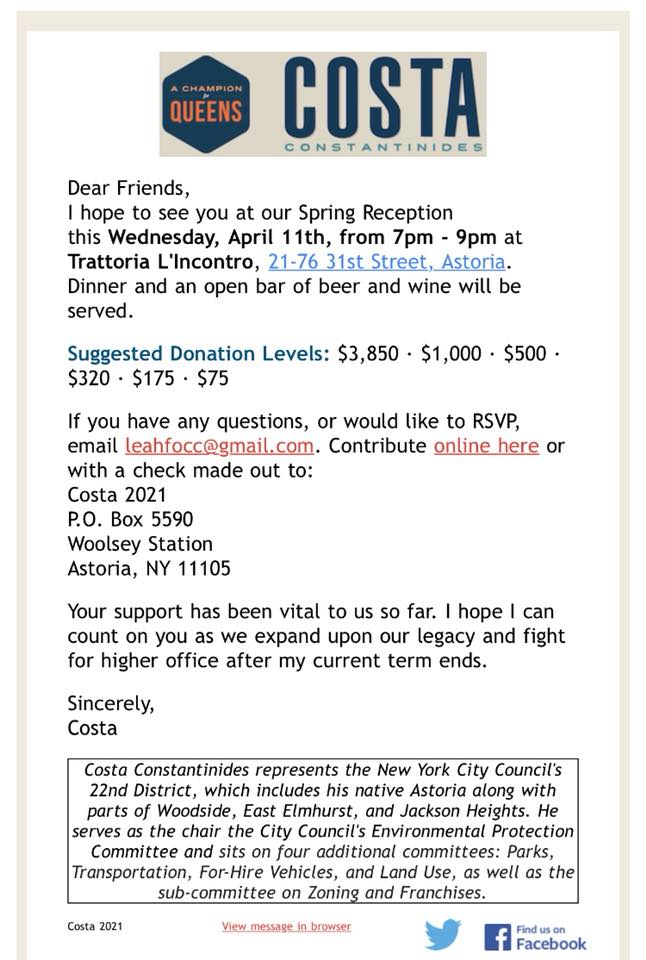 At this month’s Community Board 1 full meeting, members said they’d be sending out a survey for Ravenswood area residents. The idea, apparently, is to have some measure on how residents feel about changes happening in the area in regards to all the development going on. This should help the board in future land use reviews and all that kind of stuff. The same survey will go out throughout CB1 but it will start in Ravenswood because there’s so much development happening here. I think I can name some of it:

The twin Alma towers at 34-46 Vernon Boulevard. It looks finished, doesn’t it? But someone pointed out to me recently the fences weren’t on the balconies yet.

The site at 11-23 31st Drive which was recently bought for $8 million and holds 33,982 square feet of residential potential.

And to be honest, IDK what else, except maybe all those hotels in the IBZ.

The survey will go out to tenants association type groups CB1 members said but be on the lookout for it in local newspapers, if you guys read those things.

END_OF_DOCUMENT_TOKEN_TO_BE_REPLACED

Hot Bagels
At the City Council Districting Commission hearing at MoMi, several people called for keeping Woodside in District 26 and keeping the district fully in Queens. There were also calls to keep the UES and Roosevelt Island with Manhattan and to put Richmond Hill and South Ozone Park together.
A lot of relevance
A coffee shop deli opened up across from the coffee shop
Loading Comments...