Today I watched that head in Socrates park, an installation by Tanda Francis, called “Take Me With You,” get taken away. 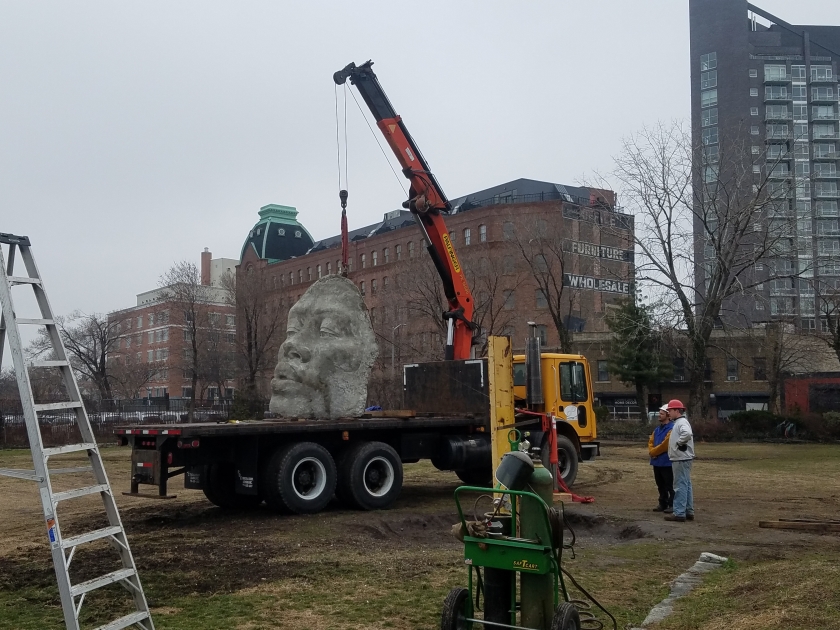 And not just the head, but the whole body of work that graced the park since October 1 is out of the park, from what I could see. The next installation will be Virginia Overton’s solo-set called “Built.” According to the website, “The show’s largest piece is a crystal-shaped sculpture made of industrial architectural truss systems and angle iron spanning 40 feet.”

Politics and news below…

Hot Bagels
At the City Council Districting Commission hearing at MoMi, several people called for keeping Woodside in District 26 and keeping the district fully in Queens. There were also calls to keep the UES and Roosevelt Island with Manhattan and to put Richmond Hill and South Ozone Park together.
A lot of relevance
A coffee shop deli opened up across from the coffee shop
Loading Comments...
%d bloggers like this: